My gastric bypass is scheduled for May 10, 2010. My depression is scheduled for every day. There’s a possibility one is going to bump the other off the agenda. Let’s just say there are some medications I’ve taken that I won’t be able to use after my bypass. Things could get dicey. Then again, maybe not.

The question is, am I willing to give up a weapon or two to fight the Big D? The exchange would be a me that’s smaller, healthier and perhaps less likely to suffer a Major D. I’d gain a different weapon too – the hard exercise I can’t really do now, but that’s proven to help lift biologically depressed spirits. On the other hand, what if I do experience a Major D and can’t find my way back out?

It’s like the Kobayashi Maru test (apologies if you’re not a Star Trek enthusiast). Not-yet-Captain Kirk is faced with a no-win scenario; he can face almost certain death attempting to save a stranded ship from a Klingon attack, or he can do nothing and let the crew perish. Silly? Maybe a baseball analogy works better: It’s the seventh game of the World Series and you’re managing the underdog team. It’s incredible that you’ve taken the team this far, but to capture the title you need your ace starting pitcher. The problem is he pitched in game five, so he’d be coming in on just two days rest. Either he’ll dig deep and win, or he’ll collapse early, handing the title to the other guys. Another silly comparison. Still, tough choices all around.

It turns out Captain Kirk cheated on his test. I’ve got a similarly easy way out. Sort of. I could skip the bypass and get banded instead. The gastric band is a silicone device implanted in your abdomen, wrapping around the upper part of your stomach and restricting the amount of food you can eat. Unlike the bypass, the implant causes no malabsorption, which is the crux of my medication issue. But you don’t lose as much weight, and you don’t lose it nearly as fast. It can slip, break or erode your stomach wall (eowww!), which means more surgery. Plus, it’s easier to ‘eat around’ the band, negating its benefits. I know in my heart that the band isn’t the right choice. It’s a cheat that won’t work for me.

Yes, the bypass has downsides too, like ‘dumping syndrome,’ when your body freaks out from too much sugar. But in my mind, dumping is also a benefit. Like a trained dog, you learn to stop before you get into trouble. It’s also not reversible, unlike the band. And you have to rely on protein shakes to stay strong and vitamin supplements to avoid weird diseases like rickets or beriberi. On the positive side, the bypass causes rapid, dramatic weight loss – a major motivator, agrees my longtime therapist T. Don. It alters hormone production, which along with a smaller stomach pouch helps you feel sated faster and on less food. It promotes significantly greater weight loss, which means it’s more certain I’ll avoid major obesity complications, like diabetes and heart disease. The greater weight loss will also help alleviate my sleep apnea and aching knees.

I’ve spent far too long ignoring my obesity. It’s time to take decisive action. But it’s frustrating that the solution to my weight problem seems to come at the expense of my depression. So, what to do? 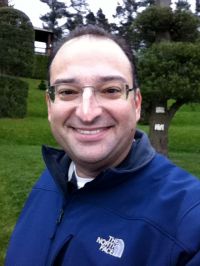 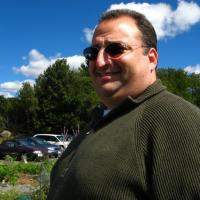